We all have limited willpower. There’s a better, more effective way to create lasting change in our lives through creating new habits. Read on.

Trying to achieve a change — lose weight, make more sales calls, exercise regularly, become more optimistic, whatever— by using our willpower alone is hard. Very hard. Near impossible. Why? Because behavioral psychology and neuroscience have shown that we actually have a limited amount of willpower each day.

When we wake up each day our willpower is at its peak. As the day progresses, we deplete our reserve as we constantly draw on it to get up instead of staying in bed, read the boring business report instead of social media posts, have the black coffee instead of the triple-shot carmel macchiatto, take the stairs instead of the elevator, smile and be pleasant to Cassie despite her snide comment. Drip, drip, drip, it drains away. Until we get to the end of the day with our willpower depleted and skip the gym, grab some super-sized fast food to go (or stop by the bar for a “quick one”), head home, kick off the shoes, change into our most “comfy” clothes (read ratty favorites) —leaving our work clothes on the floor,— plop down in front of the TV, scarfing down our food mindlessly watching the screen, decide what-the-heck and grab a bowl of ice cream (or a “nightcap”) before crashing in an exhausted, anxious, glucose-spiking slumber while beating ourselves up for “not getting anything done today” on our “real” goals.

If we aren’t weak, then why is success such a struggle?

What’s the alternative to willpower?  Discipline and habit. Or more specifically, we need to commitment to create —or break— a habit. 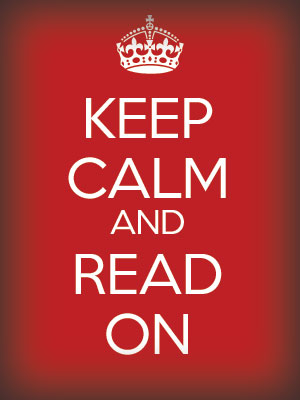 Keep clam and read on. Like most things, discipline and habit become easier over time. (How much time, Carolyn? We are getting to that very soon. It’s probably not what you suspect.)

Habits require a lot less energy and effort to maintain than willpower.  In fact, the problem with breaking bad habits is that it’s much easier to keep doing them than break them. Once you get in the habit of brushing your teeth, it’s hard to skip a week. Once you get “addicted” to checking your social media, it’s hard to stop. I’m not going to get into neuropsychological issues of dopamine release and reinforcement right now. I’m going to give you the facts on that in a later post. Right now I want to give you something simple that can lead to success that you can build on.

Commit to the Change for 66 Days

Again, keep calm and read on. (There’s a reward coming that you can download and keep for free.)

According to Gary Keller in The ONE Thing

, behavioral research by the University College of London found that it took between 18-254 days to establish a new habit, with the average being 66 days. Easier changes took less, greater challenges (like smoking) took longer, however, most people achieved success in creating lasting change —either breaking an old habit or developing a new one— by 66 days of discipline.

Come on, you can do it. It’s just 66 days. Think about how fast last year flew by.

Reinforcing success by recognizing it and acknowledging it makes it easier to make other positive changes. Gary Keller also notes in his The ONE Thing

about research from Australians Oaten and Cheng in which subjects successfully creating one positive habit “reported less stress; less impulse spending; better dietary habits; decreased alcohol, tobacco, and caffeine consumption; fewer hours watching TV; and even fewer dirty dishes.” Other behavioral research has shown that if we feel we have succeeded in some important aspect of our lives, that in effect we have some control over our lives, doing other things successfully becomes easier.

To help you track your success in building a new habit, Keller offers his “My 66-Day Challenge” chart on his website, however, I found myself a little distracted by his seven options, so I’ve created my own that you can download here:

We try to do too much at once. We try to lose weight AND get in great physical shape AND take up meditation AND increase sales by 1,000% a week AND increase of social network AND spend more time with our family and friends AND keep the house spotless AND save more money AND… well, you get the idea. Note that in Oaten and Cheng’s study subjects focused on making one change, and that success had a multiplier effect on other aspects of their lives.

Remember where we started this? We have a limited supply of willpower each day. We need to focus on making ONE change, creating ONE new habit. Then we can build on that success as we pump up our willpower reservoir.

Okay, yes, I sometimes cheat and have 2 Success Trackers on my wall or I work on a set of connected habits, like drink less caffeine and more water, but I make certain one is an “easy” habit to create (like taking my pill each morning) while the other sucks up more willpower (like exercising for 20-minutes a day).

But we’re going to discuss focus in another post, so right now what’s the one change, the one habit, you want to create that will make the biggest difference in the quality of your life, to your success?

No. Seriously. I want to know. Leave me a comment with your answer.